I have shamelessly copied this idea from my friend Laura who has used boxes like this since I met her in high school. I’ve been envious of these since then, but apparently they are incredibly popular right now, so they are almost impossible to come by, but I’ve struck luck! 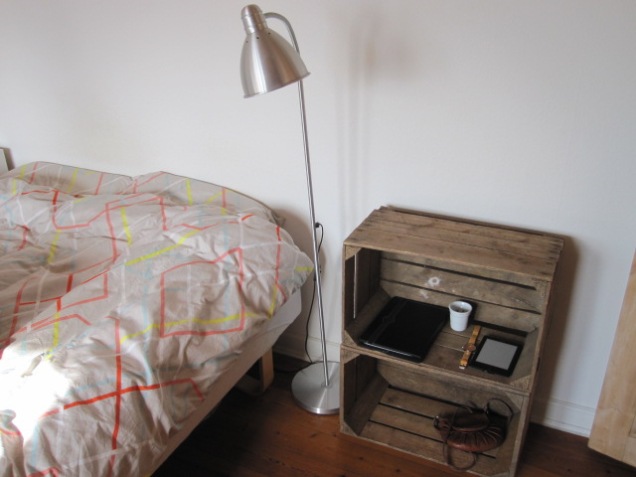 I’m using them as a nightstand because the tiny table I had before couldn’t hold all of my things and it was almost like playing tetris when trying to arrange it all to fit on there.

I needed a place that would hold my tablet, bobby pins (which are in the white cup), at least two watches (I was wearing one when the picture was taken), a book/kindle, my phone, a lip balm and my glasses. And yes, I’ve tried to keep some of it elsewhere, but it always ends up right back there within days. 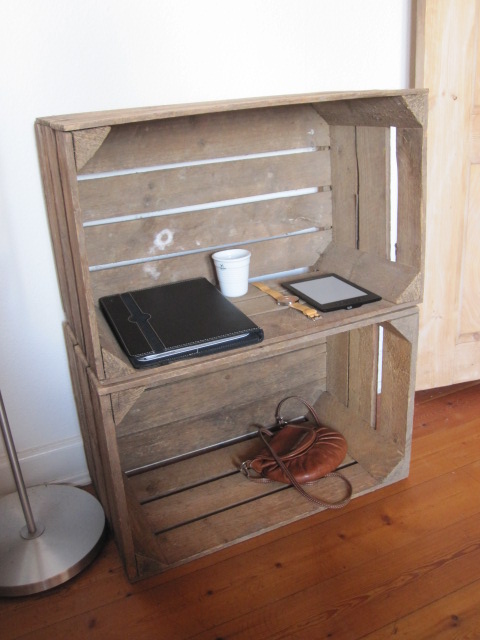 I thought it would be cool to use the bottom one for books, and I’m still considering doing just that, but my books have their own shelves in the living room, and I wouldn’t know what to put there if I removed the books, so right now the bottom one just holds the bag/purse I’m currently using.

We only got these two for my side of the bed, but we might get two more for the other side of the bed as well – we only got two because we thought we were paying for them ourselves, and they were ridiculously pricy considering they are just wooden boxes, but my mum wanted to give us them, so now we can afford two more right away!