Phew, this week’s polishes were super hard to combine! It’s actually weird that I had such a hard time with these polishes, because in theory they’re not that hard to create something with, but two of the three are very dark, so you weren’t able to see what I’d done.

I’m pretty pleased with the end result – It was a little hard to capture on camera, but I’ve included a super close-up of the flowers and I hope you’ll be able to see where I was going with it. 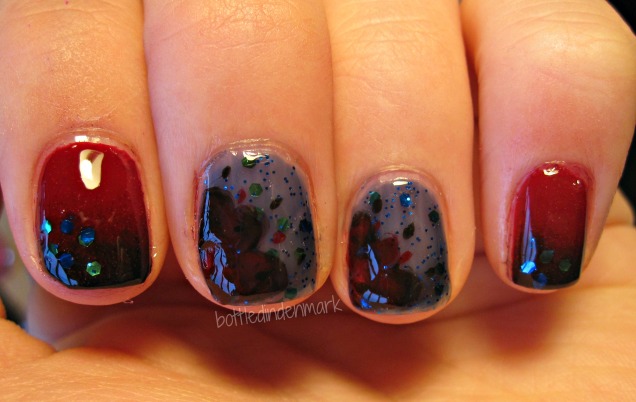 One thought on “Surprise challenge: Red and black flowers”