This review has kinda been in the pipeline for a long time. I received these sheets of holographic foils, which I thought looked super awesome! You get 16 different kinds of foils for under $2 – granted, the sheets are not that big, but it’s a nice option if you have trouble deciding on a design.

The reason why this has been long underway, is that the website says that you can apply it over nail polish, and it will stick just fine. I tried that, and it. did. not. work. I was prepared to give this a very negative review, but then – by chance – I saw a YouTube tutorial on how to apply foil where they used nail foil glue. Once I bought a bottle of that, I was able to get it to transfer. 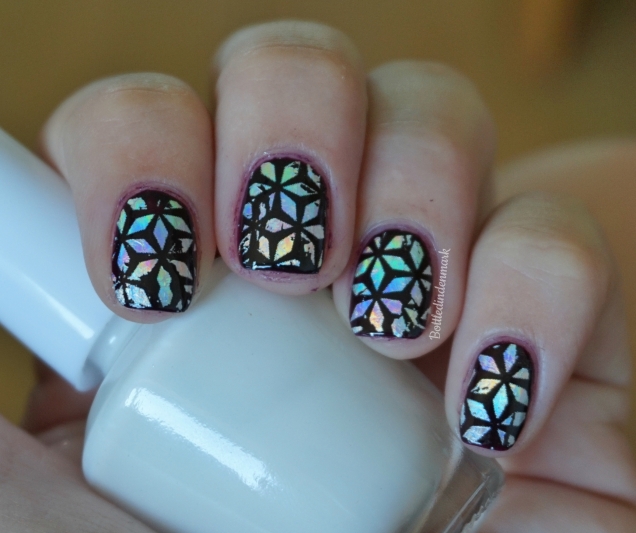 The sheets where folded in half, meaning that the transferable parts stuck together, and when I went to peel them from each other, some parts of the design didn’t come off. That was kinda annoying since that meant I couldn’t get a crisp design. 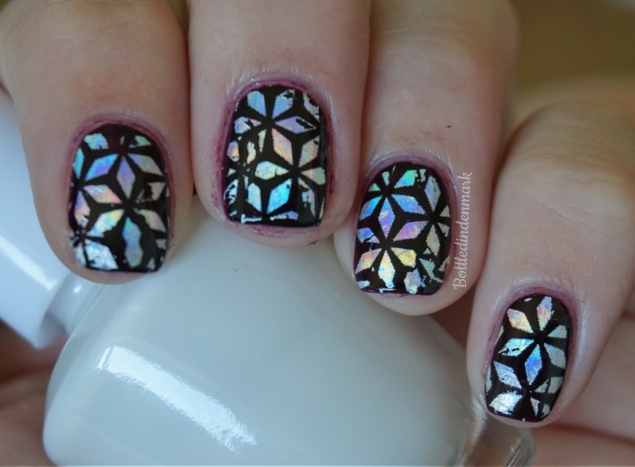 When I actually tried out the foils, I discovered I needn’t have bothered getting annoyed about that, because it was nearly impossible to transfer the design perfectly anyway. I was left with this distressed look instead. I don’t know how I feel about that, maybe it was because I was expecting something else?

Well, doing the same design on both hands when you have 16 different to choose from was boring, so I did another one on my right hand. This stuck even more together and thus the result was even more distressed, and I don’t really like this design. 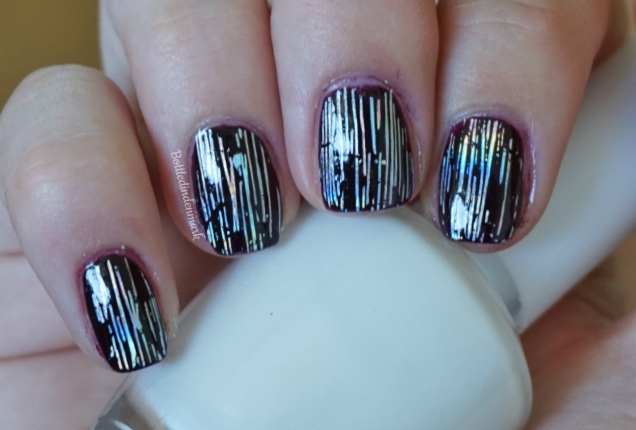 Overall, I have mixed feelings. First, why wasn’t I informed that I needed to buy nail foil glue? It could have saved me the additional shipping time. Second, the packaging was not optimal because the sheets stuck together. Third, the transfer wasn’t as crisp as expected, but if you go into this wanting a distressed look, then you’ll like this. Fourth and final, this is under $2 so what can you really expect? This could work nicely as an accent nail, maybe?

Use the discount code BOTX31 for 10 % off the entire website.